You are here: Home / Tech Gadgets and Products / Is there a Difference Between a Power Strip and Surge Protector?

Is there a difference between a power strip and surge protector? When you’re running out of outlets and need to add more the choices in devices can be confusing. Power strip, surge protector, surge suppressor, joules, what do they all mean? I never used to pay attention to it and just purchase a cheap power strip, I’m frugal after all. Well, I should have paid more attention because that cheap device cost me much more in the long run. 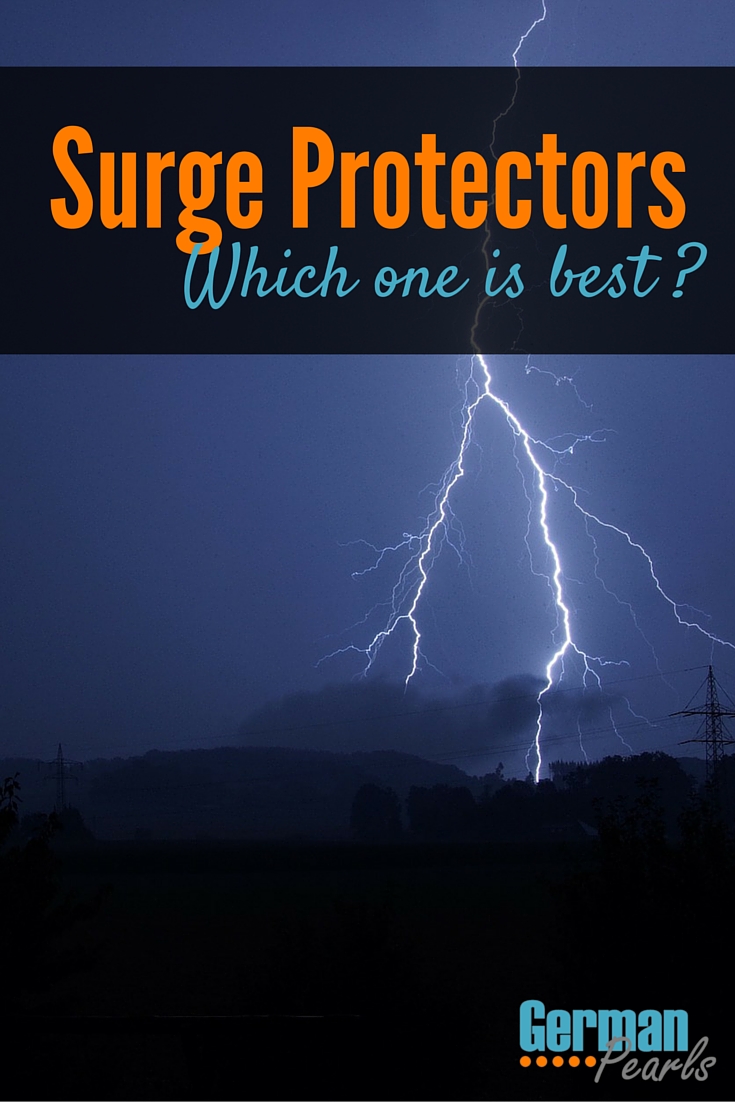 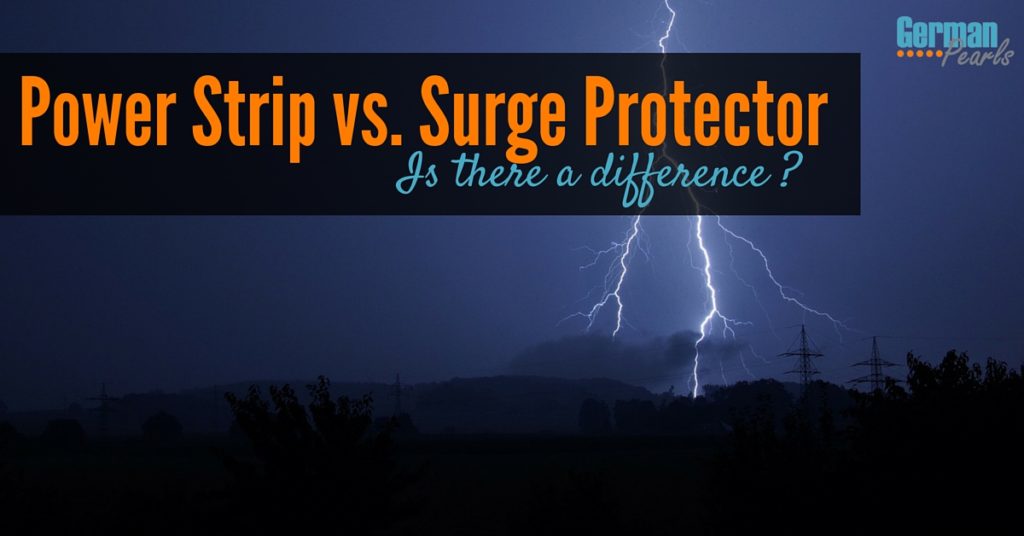 A few years ago we had a fire in our house. And, boy, was it scary!

We have a small water pump that feeds water to an outdoor faucet from a well point. It was a hot August day and we were trying to fill a pool for our little ones from the outdoor faucet. No water. Hmm. When we went to investigate we found the water pump breaker had tripped. Ok, that’s an easy fix, right? Just reset the breaker. After doing that, the pump attempted to start again and then everything went crazy! (I should have known if the breaker tripped something was wrong.)

Lights were getting bright, then dim, then bright again. Appliances were beeping. The house was possessed! After a few scary minutes the smoke detectors started beeping and smoke began filling the house. Where was the smoke coming from? Then, I caught a glimpse of a fire in the heater vent. We all got out but not before my husband turned off the main power to the house – smart move!

The power lines to our house run underground. We discovered that the ground line had been cut somehow. It was slowly deteriorating. On the day of the fire it finally failed causing a massive power surge to flow through the house’s electrical system.

So what caused the fire? You may have already guessed it – the power strips. The two fires that started were from power strips (not surge protectors) that we had. They couldn’t handle the power surge, began to melt and started burning on the carpet. One happened to be by a cold air return, sucking the fire into the air ducts.

Is There a Difference Between a Power Strip and Surge Protector?

So why tell this story? Well, sometimes being frugal doesn’t pay. When we needed more outlets for our computer equipment or our TV system I probably went to the store and purchased a cheap power strip. They’re all the same, right? Wrong.

What Does Surge Protector Mean?

an appliance or device designed to protect electrical devices from voltage spike.

What Causes a Power Surge?

In our case a failed ground line caused a power surge through our house. Some other things that can cause a power surge in your home include:

What Kind of Surge Protector Do You Need?

Which Surge Protector Should I Buy?

The answer to this question depends on several things. Here are our recommendations and advice.