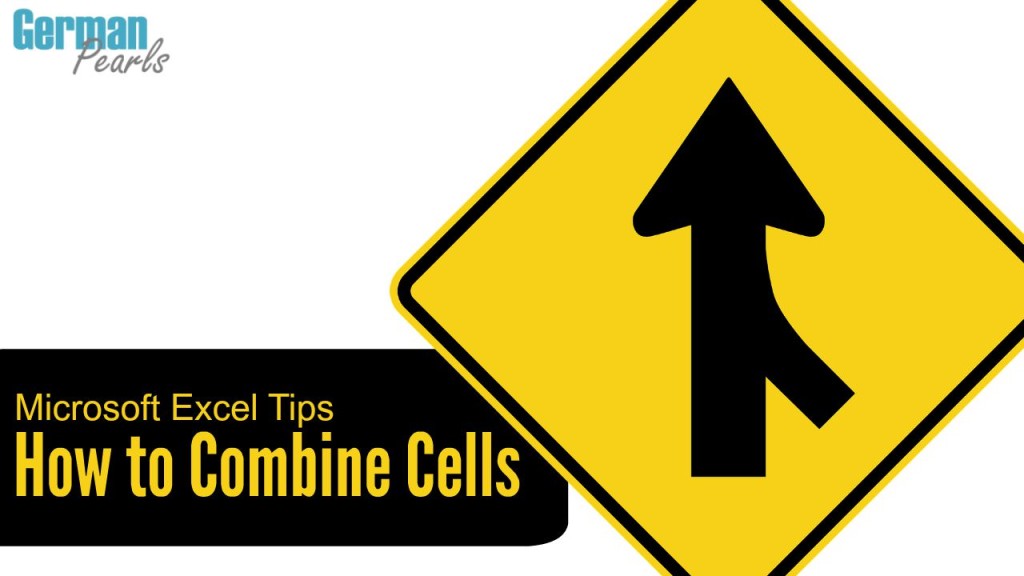 Let’s say we have this spreadsheet: 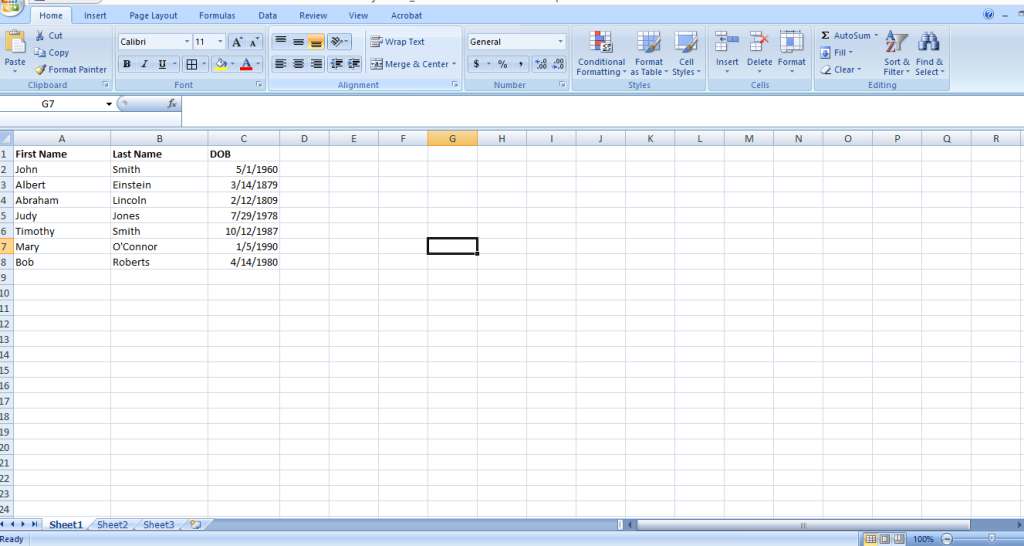 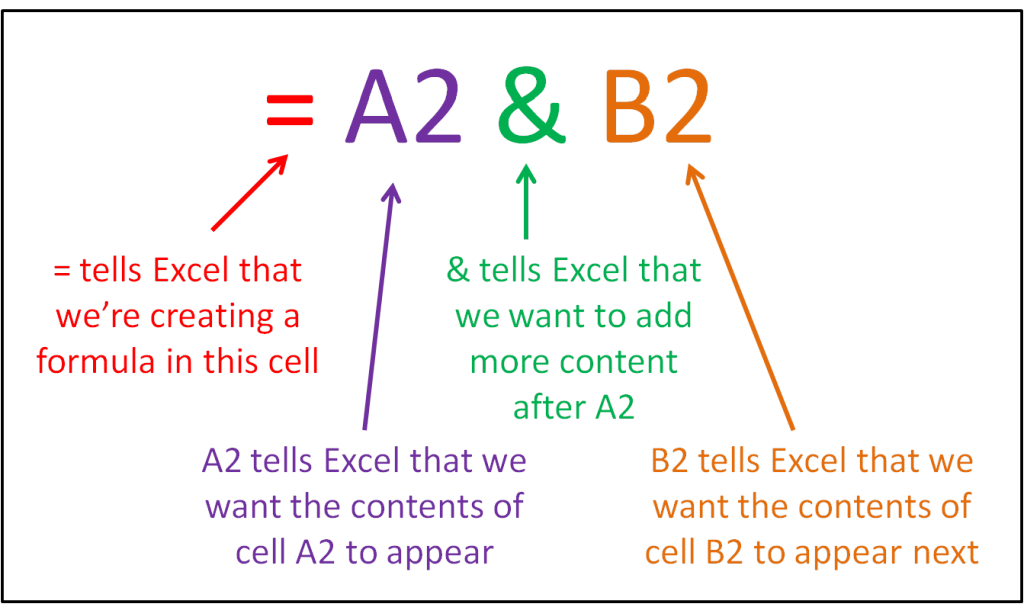 When you press enter you’ll see the following result in cell D2:
JohnSmith 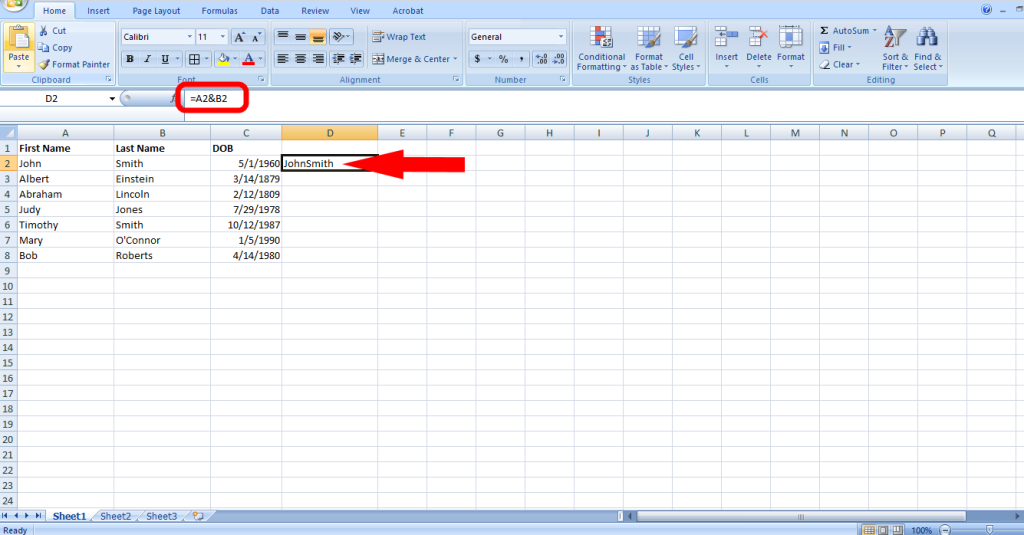 But, there’s no space between the names. That’s because excel doesn’t understand that you want a space there unless you tell it that you do. Computers will do exactly as they’re told, with no interpretation. So, let’s create a new formula with a space between the first and last names. With D2 selected, type the new formula: 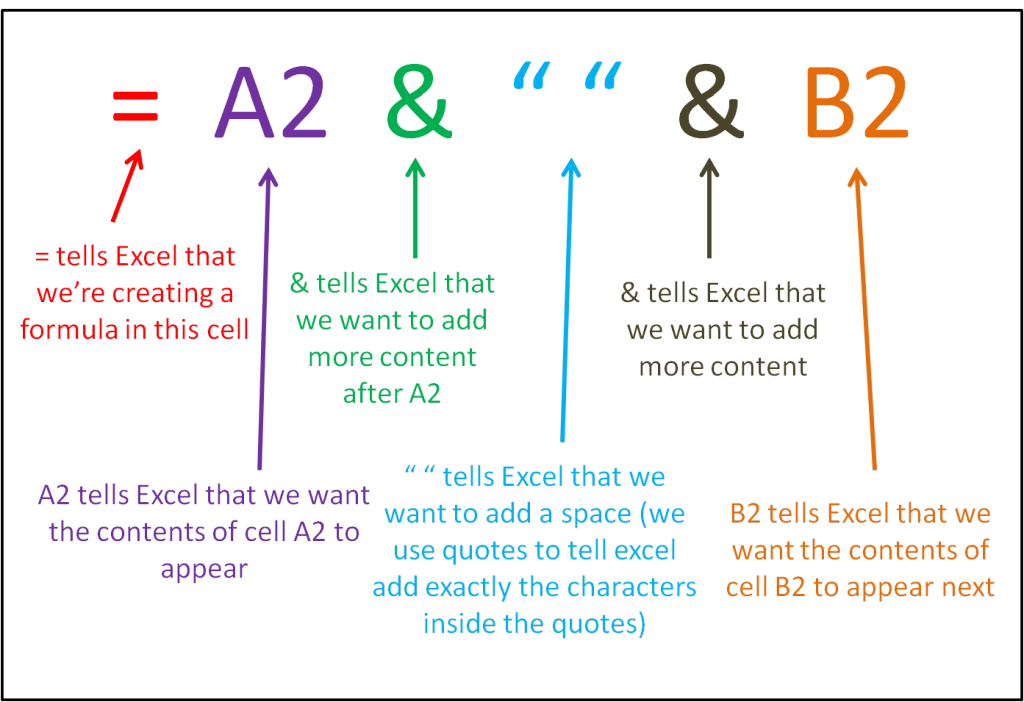 Since this is the result we’re looking for, we now want to copy this formula into rows 3 through 8 (or cells D3 through D8). We can do this in a few ways.

The first way is to use the copy and paste function. Highlight cell D2 and select copy from the home menu: 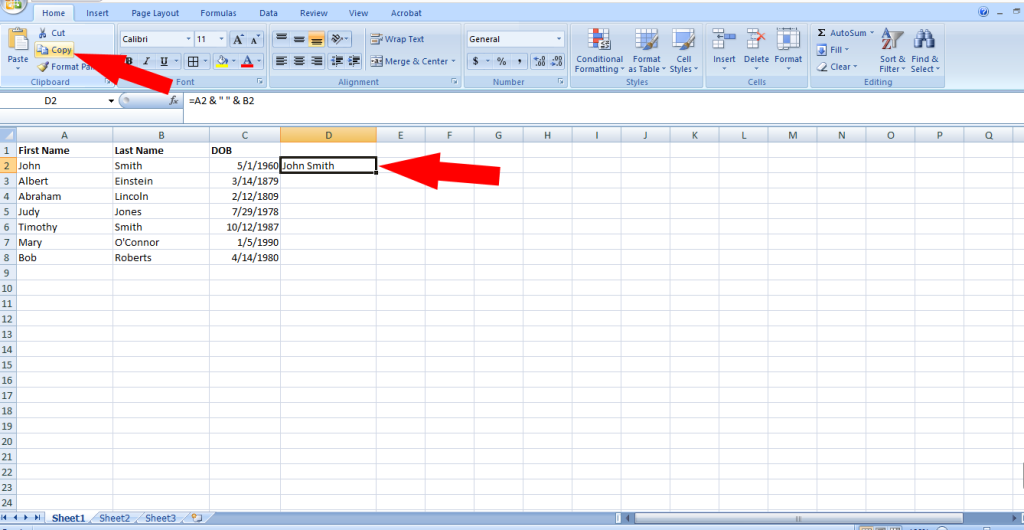 Then, holding the mouse key down, select cells D3 through D8 and select paste from the home menu: 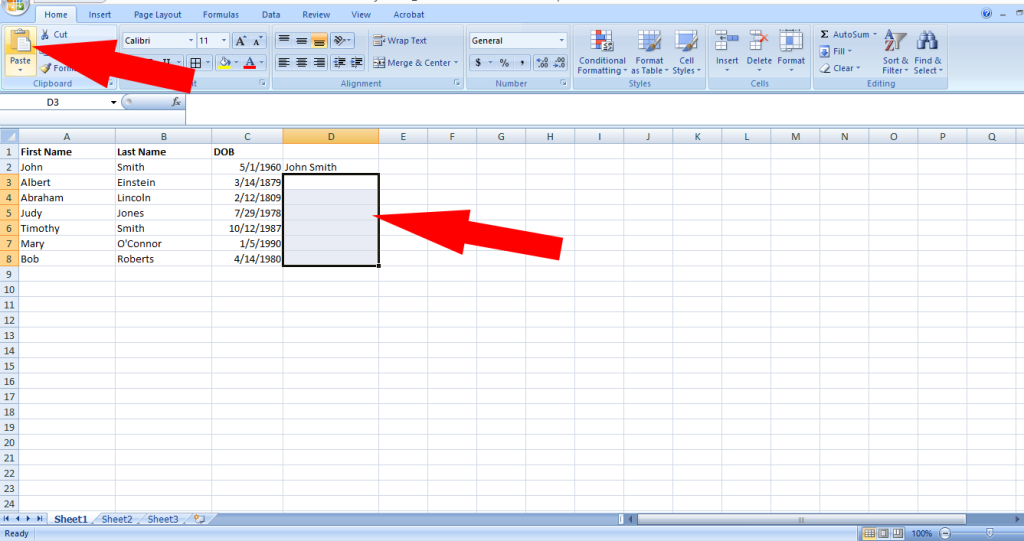 The other way is to use a built in function of excel’s to copy a cell across a row or down a column. To do this, select cell D2. Then, place your mouse cursor over the bottom right corner of the D2 cell and your mouse cursor should turn into a plus sign. When you see the plus sign, press your mouse button down and hold it while dragging the cursor down the column. You’ll see cells highlight as you drag down. When you see D3 through D8 highlighted, let go. Excel will automatically copy the column to the other cells you’ve highlighted. 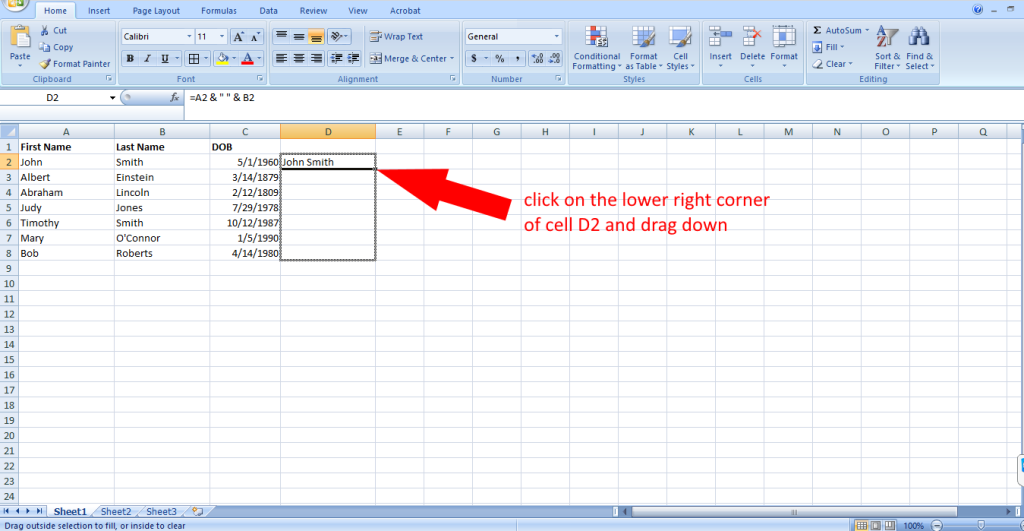 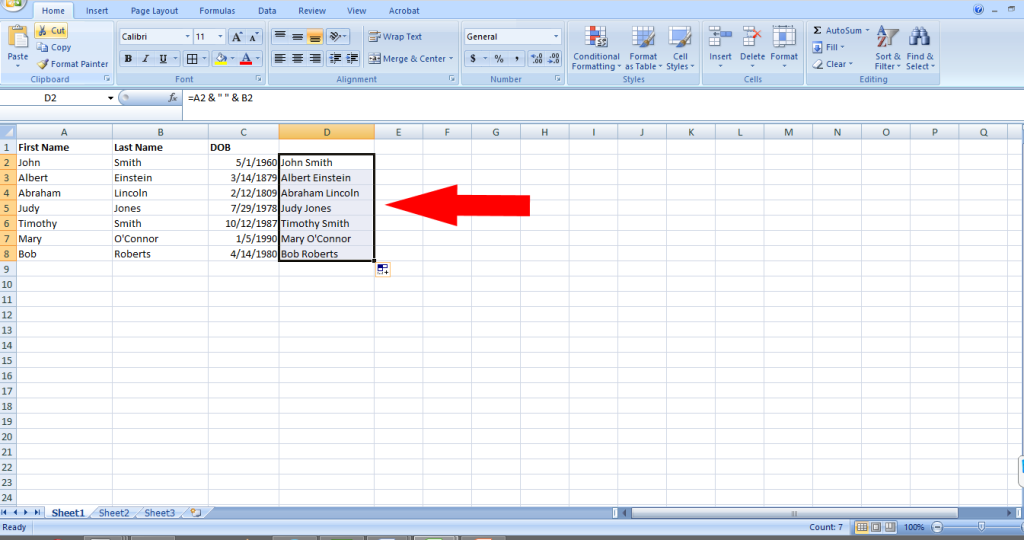 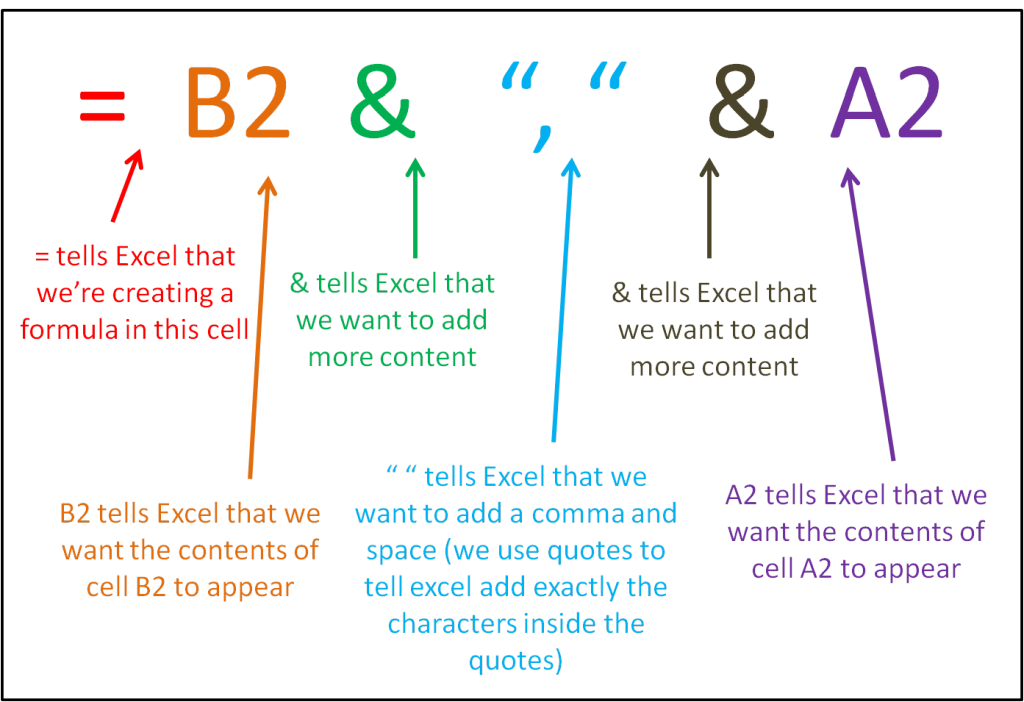 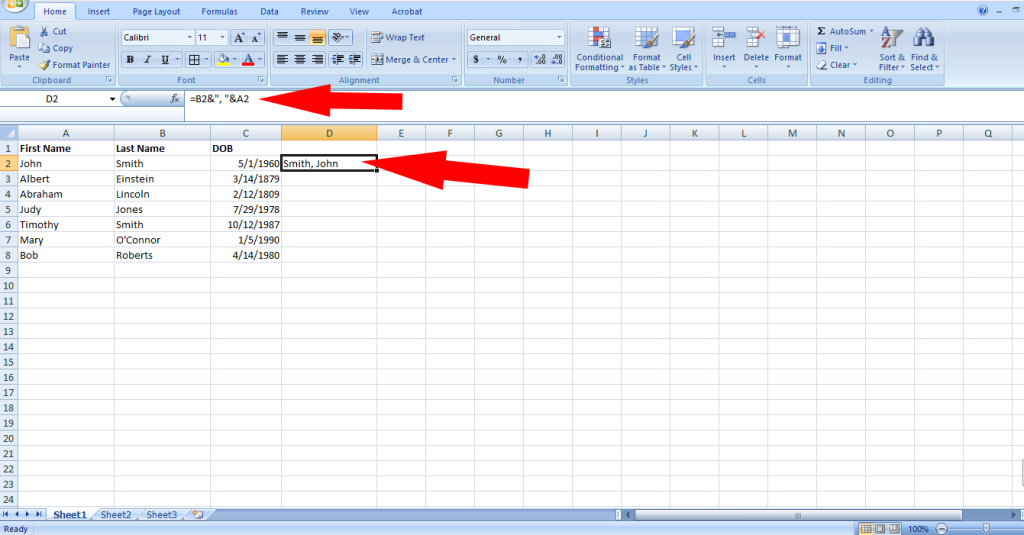 After copying to the rest of the cells like we did earlier the spreadsheet will look like: 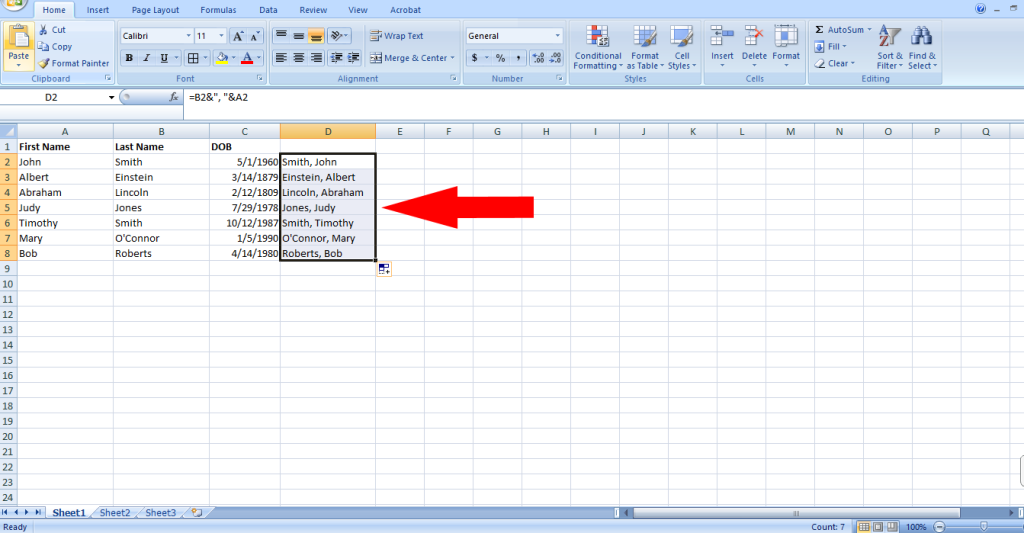 If you have other types of cells you want to combine together you can follow the same process. Here are some general rules to follow:

Concatenation can be used in many ways.  If you have problems getting it to work or need help, leave a comment below.  We’d love to help out.